Western Potash Corp. (“Western” or the “Company”) is pleased to announce it hosted a delegation of thirteen officials from three different Ministries of the Saskatchewan government for a mine tour today at the Milestone Project (the “Project”) site. After closing financing deals with Appian Capital and Vantage Chance in May, the Project kicked off with key contractors in mid-June, with mobilizations now occurring at the site.

Officials from the Ministry of Trade and Export Development, Ministry of Energy and Resources, as well as the Ministry of Environment attended the event. Mark Fracchia, Western’s Chairman of the Executive Committee, presided over the project briefing session. President and CEO Bill Xue and Operations Director Brandon Bartosh presented on the company’s history, the innovative mining technology, the current status of the Project and the construction plan, and future development options. The presentation was followed by a mine tour. The intent of this meeting and tour was to provide officials with a much better understanding of the Project and of the future direction of Western Potash. 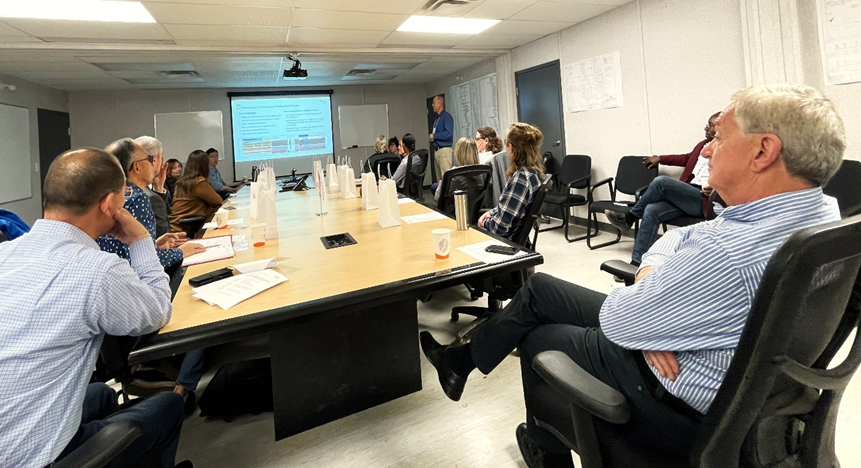 Western Potash’s Chair of Executive Committee Mark Fracchia told the officials at the meeting, “Our team feels very proud of having the opportunity to work on this unique and innovative potash Project. Although the scale of this first phase of development is relatively small, once the mining technology is proven to be successful, it will provide the opportunity to scale up and impact how potash could be mined in the future. We look forward to working closely with all stakeholders to make this project an example of an efficient, sustainable and environmentally friendly mine”. 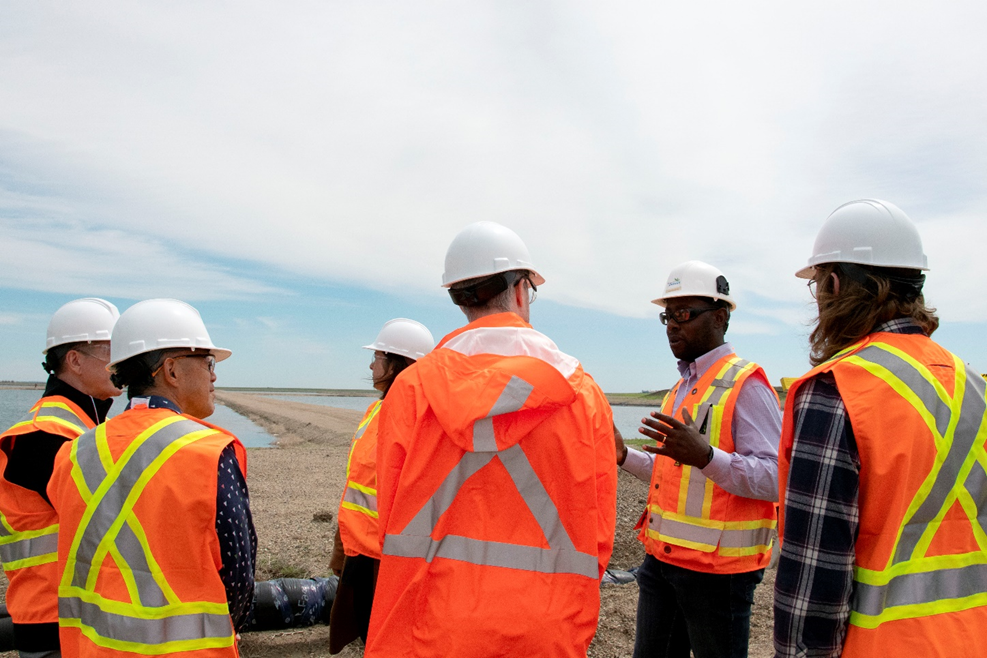 Western Potash Operations Manager Francis Mukanya is conducting a mine tour for the SK government delegation.