Salt Lake Industry is the largest potash producer in China with an annual capacity of over 5 million tons of KCl and other related chemical products. Over the past decade or so, Salt Lake has been actively exploring opportunities to expand its potash business overseas to increase its own influence on both the Chinese and global potash market.

During the group’s visit in Vancouver, former Federal Minister of Industry and Western Resources Chairman, Hon. James Moore briefed the delegation members about advantages of Canadian resources and general industry environment.  Hon, James Moore also discussed Port of Vancouver’s capacity to handle potash shipments, and particularly highlighted advantages of the Milestone Potash Project and the strong support of government and local communities in the development of the project. 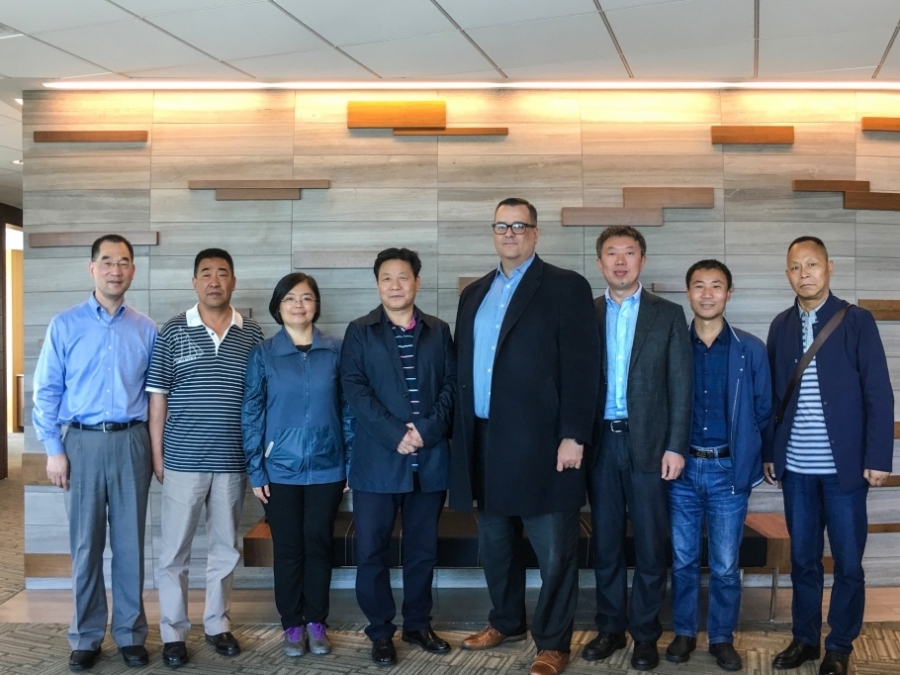 In Regina, the Salt Lake group met with the Saskatchewan government where Deputy Assistant Minister of Trade and Export Development Mr. Kirk Westgard and Senior Analyst of the Ministry of Energy & Mining Mr. Kirk Brech introduced the province’s openness to business, mining policies and answered all kinds of questions regarding investment in Saskatchewan. In addition, the group visited the Saskatchewan Subsurface Laboratory where Dr. Chao Yang made a special presentation on Saskatchewan resource’s and showed a 3-D model of how the Saskatchewan potash mineral resources, and then viewed core samples from the Milestone Project. 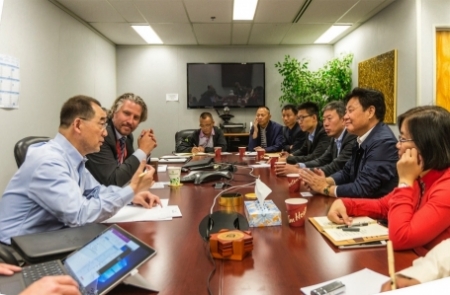 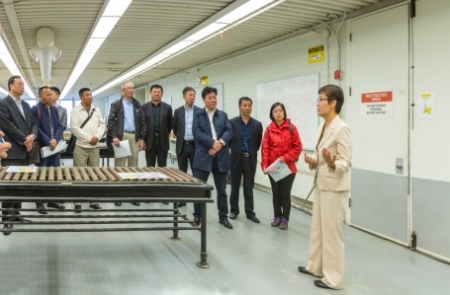 During the visit in Western Potash Corp., the delegation was briefed on the company’s resource explorations over the past decade, the 2.8 million capacity full-scale Milestone Project’s Feasibility Study and Environmental Assessment, the engineering work and environmental approval of the 146,000 tons Phase I Project, as well as project’s easy access to all local infrastructures and utilities. The presentation also covered status and early works of the Phase I Project and initiation of the detailed engineering work, water resource drilling and road design work, etc. The delegation also visited the project site, the on-going water drilling activities as well as KF’s Port Lajord Grain and Fertilizer Terminal which is already in operation. 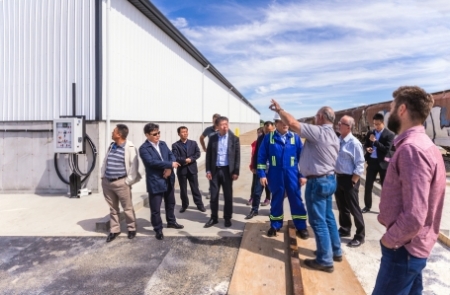 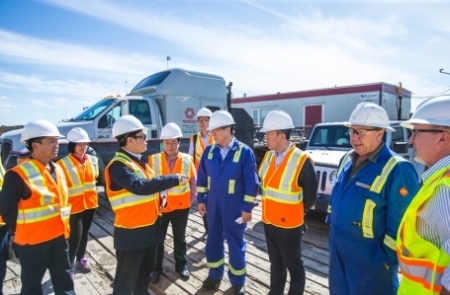